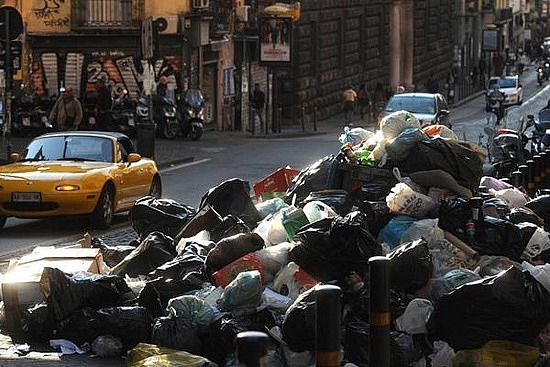 When speaking with Italians, you might notice that they often tend to begin their sentences with the phrase, "allora, in teoria è così, però..." followed by a description of the gross malfunction of whatever you are discussing (which covers a good deal of life in Italy). They will tell you exactly the way something should be and exactly why that's not the way it actually is. Yet somehow society is unable to make the leap into practice. A country that produces some of the greatest intellectual minds in the world (both past and present) can't figure out how to make a functioning parking lot.

In no way am I trying to insult Italians or criticize their intelligence; on the contrary, I am constantly amazed how a country with so many intelligent people can function so poorly. It likely has something to do with their education system. When children go to school, they have to choose either liceo classico or liceo scientifico (classical or scientific high school). Liceo classico basically sets you on the path to becoming a professor of ancient literature. You study either French or English, ancient Greek (which is different from modern-day Greek), philosophy, literature, history etc etc. Liceo scientifico sounds more practical, but really the main difference is that they don't have to study ancient Greek, but maybe take an extra science course. So they are actually not very different.

Universities are not viewed in the same way as in the United States. In the US you go to college because that's the best way to get a job, not necessarily because you want to be a professor or researcher. College is supposed to give you skills that make you a valuable employee. In Italy this is much less so; Italian universities are usually very large (La Sapienza in Rome is the biggest in Europe) and typically feature an aging professor lecturing to a large group of students. Of course, students often don't go, but that's beside the point: students are not learning things that will help them in the workplace. The facilities in the public universities are dismal, laboratory sessions for science classes are virtually non-existent, and I have personally never even heard of a business school. 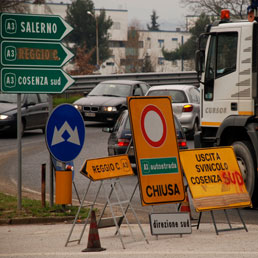 So, who is surprised that Italy produces the best academics and the worst organizers? Anyone who has been there, especially Rome and down, knows how many problems there are. Public transportation is a joke. The only highway that connects Naples with Sicily has been undergoing construction for about a thousand years. Tax evasion is so common there are middle-class students that receive government welfare checks and take it directly to via del Corso. This is perhaps the only place in the world where things worked better 2,000 years ago. Youth unemployment in Italy is at almost 30%. Where are all the problem-solvers?

Don't get me wrong, this is one of many problems that lead to the way Italy is (i.e. nepotism, corruption, mafia, I could go on...), yet it is unique because it is not as widely recognized as other problems. Politicians (heavily influenced by the Vatican) continue to limit young Italians, who graduate with an incredible knowledge of art, history and theory, but can't find a job because they don't have any practical skills.  Companies need people fluent in Microsoft Excel, not ancient Greek. Italy needs problems solved in practice, not in theory.
Posted by Student in Rome at 1:23 AM No comments: