Italian Book and Film Worth Checking Out 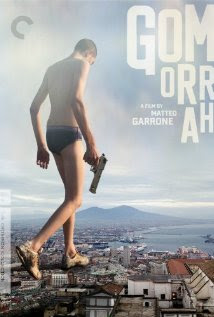 This is kind of old news, but for those interested in Italian current events, a powerful book was published a few years ago, which was subsequently made into a movie. Gomorrah is an incredible look into the Naples mafia (the Camorra) and the vast empire it controls. The author, Roberto Saviano, is from the city himself and witnessed most of what he writes about first-hand - this takes palle. In fact, after becoming famous for the book, he has spent his time in hiding, moving constantly to avoid being assassinated by the Camorra.

The film that they made is good (and on Netflix!), but I would highly recommend reading the book first. Yes, it is cliche to say that, but it's because the movie does not do a lot of explaining, whereas the book does, so it's kind of hard to follow if you don't know what they are talking about. It's still an awesome movie though and takes a pretty hard look into the ugly underbelly of the bel paese.
Posted by Student in Rome at 1:17 PM